The Legacy of Marietta Square: Defeated and Renewed

Since the city gained its name in 1834, Marietta has always been a center point of culture, industry, and entertainment in the metro-Atlanta area. Like many Georgian cities, it survived and endured Sherman's devastating march to sea, and paid the price for supporting the Confederacy. Looking at the city today, however, you truly wouldn't know it was reconstructed at all. With aged brick and mortar adorning its streets, buildings, and alleyways, Marietta is a city that shows you its history and tells you about it too. Having been a long-time re-visitor of Marietta, I finally made it into the Marietta Museum of History to take a closer look at the history I've walked by a thousand times, and hope to tell you about it too. 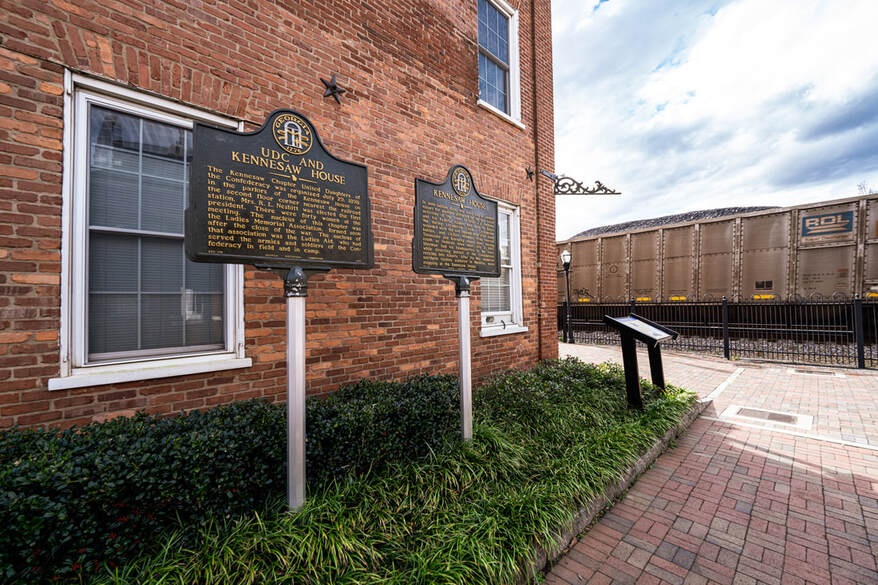 From its inception in 1834 to its first completed railroad track in 1842, Marietta was a town of Atlanta-accommodation and Georgian industry. Positioned just twenty miles north of the Georgian capital, Marietta was an ideal stop for travelers and traders alike, with significant attention forming around Marietta's rising cotton industry. The existence of that aforementioned industry, as well as surrounding businesses, hotels, and government buildings, made Marietta the ideal town for railroad connections to Atlanta. This shift into becoming a railroad city rapidly progressed the growth of Marietta across all fronts and cemented their importance in the metro-Atlanta scenes of business, transportation, and governance.

At this point, it was undoubtedly clear that the city of Marietta had quite the future ahead of it, with growing industry, and railroad infrastructure filling the wind beneath its sails. However in an unfortunate turn of events for Marietta, in 1864, General Sherman carried out his infamous march to sea, sparing few in Marietta from its wave of destruction. With their railroad tracks tied, their city burned, and frequent trade a thing of the past, Marietta, and Atlanta were truly brought to their knees.

The Civil War and The Great Locomotive Chase

Throughout much of the Civil War, Marietta was spared and protected due to its proximity to Atlanta, and overall importance to the Confederacy. Although many confederate soldiers and union sympathizers called Marietta home, fighting in the area didn't begin until the month-long Battle of Marietta, and subsequent burning of the city in June and July of 1864. It's two years before this pivotal conflict however that Marietta would see its most famous Civil War moment "The Great Locomotive Chase". This famous escapade, also known as "Andrew's Raid", occurred on the morning of April 12th, 1862.

Led by its namesake civilian-spy, Mr. James J. Andrews, and aided by William Knight, Wilson Brown, William Campbell, and roughly two dozen men from the 21st and 33rd Ohio Infantry.  The goal of the mission was two-fold, with the first objective being to destroy as many confederate assets as possible, and assist Major General Mitchel during his march through Tennessee. To pull it off, Andrews and his men boarded a Western&Atlantic train at Marietta, posing as confederate secret service agents on an urgent mission under the command of Confederate General Beauregard. Their guise worked at fooling the conductor, and they made it to the town of Big Shanty (now known as Kennesaw), a town which  Andrews men knew lacked a functioning telegraph.

As the other passengers and conductor enjoyed a quiet breakfast at the Lacy Hotel just outside of the train station, Andrews and his men got to work. Fearful of nearby sentries and not keen on getting caught, these men had to move quickly to ready the train, and unbuckle the two passenger cars at its rear. After succeeding at that, Andrews' men hopped into the three remaining empty boxcars and fired up their new train, the General.

Just as the first clouds of smoke began rolling out of the train, its original conductor, Mr. William Allen Fuller, engineer, Jeff Cain, and W&A Superintendent Anthony Murphy caught on to what was unfolding. With the train already moving towards its top speed of twenty miles per hour, the men knew they wouldn't catch it on foot, so they jumped on the nearest manually powered handcar and began their chase. Not far from the city of Marietta, Andrews men made a stop at Allatoona to burn bridges, tear up tracks, and cut telegraph wires, but under the pressure of pursuit, and the constraints of manpower, Andrews was forced to press on having done little damage. This was the first, but certainly not the last trouble during Andrews' ride, with issues like timetables and railway traffic obstructing his plans.

One such incident occurred at the W&A train yard in Kingston where Andrews encountered a southbound train from Rome. The conductor of that train was familiar with his route and approached the stopped train to inquire on the whereabouts of its original conductor, Mr. Fuller. With an irregular load, seemingly empty cargo cars, and detached passenger cars, Andrews was in trouble. Using his quick wit and charisma, however, Andrews told the conductor that they were on an urgent express run to resupply General Beauregard with ammunition, and once again, the conductor took the bait.

Although it would seem they were out of the woods, this was still only the beginning for Andrews men. Stuck in traffic at the train yard, and with Fuller now on the way with another train, The Yonah, time was running out for the raiders. After they eventually made it out of the train yard and on to Calhoun, their pursuers had switched to another train again, The Texas, and their whistle could be heard screeching closer and closer from their rear. Using an onboard telegraph, Fuller's men warned Chattanooga of the incoming attack and saved the city just before the telegraph was cut once again.

Nearing Chattanooga, Andrews men learned that they were now being pursued from both the north and the south, and the end was near. During the final moments of their ride, they attempted to burn the bridge at Chickamauga, and despite leaving an oil-soaked boxcar in flames on the bridge, the bridge wouldn't hold a flame. After this final loss, at milepost 116.3, just 18 miles from Chattanooga, the General had run out of fuel and water, and Andrews Raid was over. Fleeing on foot, each man for himself, the men ran into the countryside, with some making it back to Union lines, some being taken and exchanged as POWs, and in the case of Andrews himself, paying the ultimate price via hanging.

Many of these men were awarded the Medal of Honor for their service to the Union, with one deserving man left out, Andrews. Although he was a spy who orchestrated one of the bravest feats in the Civil War, Andrews was a civilian. Hung with his feet touching the ground, he died a slow and painful death for his loyalty to his nation, and at one point was buried at the site of his brutal execution. His remains have since been moved to the Chattanooga National Cemetery in 1887, where a monument sits at his gravesite. 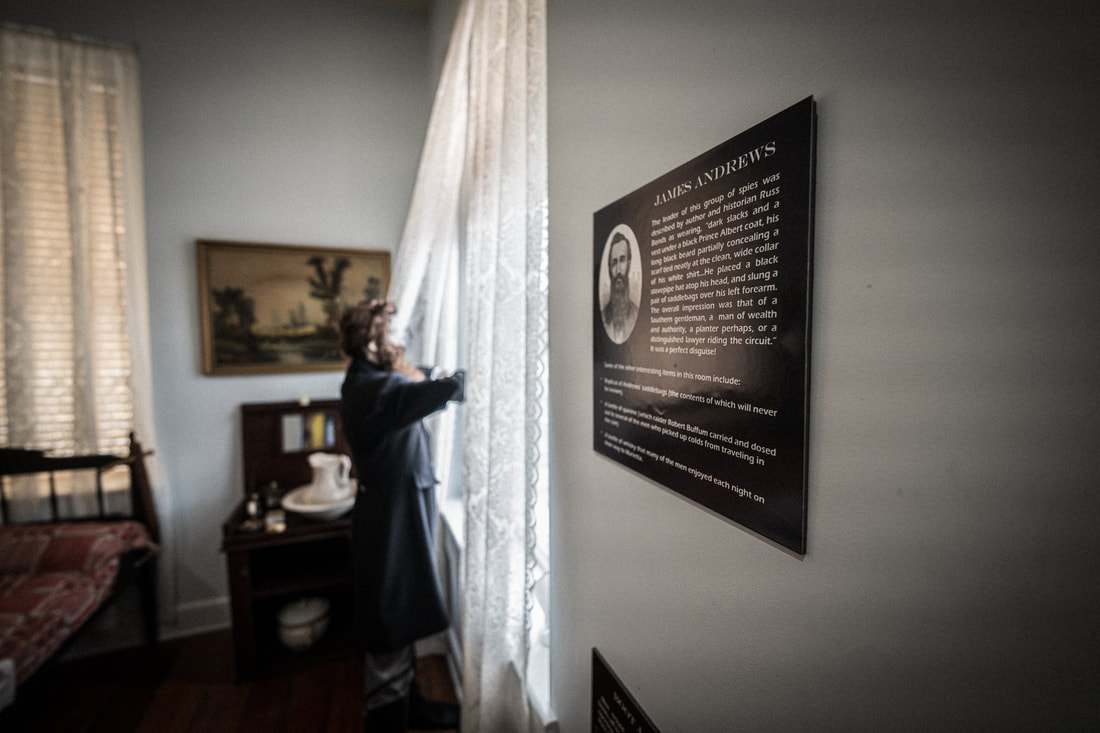 The Toll of War and Reconstruction

As said by confederate General Robert E. Lee, "It is well that war is so terrible, otherwise, we should grow too fond of it", and in my opinion, there is no truer statement on war. Aside from the costs of financial and community suffering, there is no price greater than human life, and in Marietta, like the rest of our troubled nation at the time, this was a brother against brother war. Families lost fathers, sons, brothers, and distant family alike, at times taking the lives of each other directly. There were many widowed, like Andrew's Fiance, who reportedly died of a broken heart just two years after his death. It's hard to imagine this period of grief and loss at the hands of your countrymen, regardless of what side you fought for. With death and destruction all around, Americans still found a way to return to their lives, and through incredible strength and resolve, rebuilt their lives as well as their communities. In the case of Marietta, they were just as determined.

Although the rebirth of Marietta relied heavily on the use of "convict labor", most commonly performed by former slaves, it took resolve from the city as a whole to recover from such a devastating disruption on their path to industrial progress. Farmers began to grow their crops again, with cotton remaining one of the most impactful industries in the area, and markets began to trade goods between north Georgia and Atlanta once more. The railways reopened under the new management of L&N, small businesses reopened, and industry was back on a path forward once more. 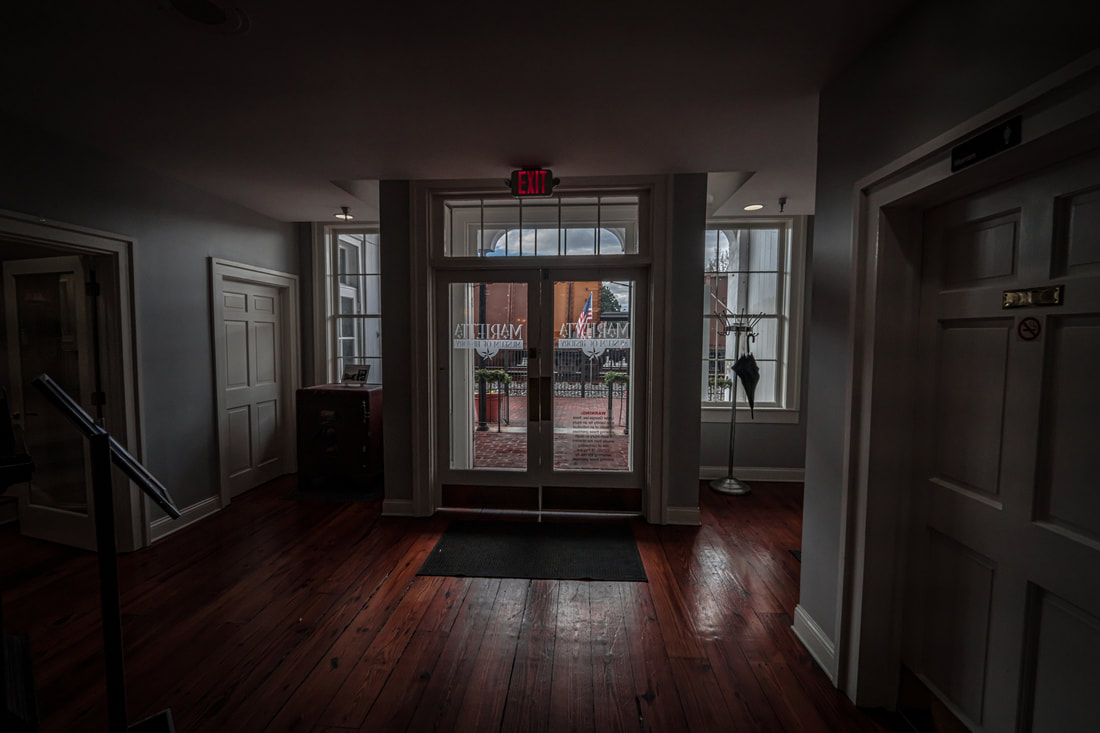 The Legacy of the Square

Today, Marietta Square is a place full of laughter and leisure, with nightlife, international foods, and art being the center of attention each night of each year. There's hardly a person in the metro-Atlanta area that hasn't enjoyed a night out with friends, an anniversary dinner, or a wine tasting and art walk at the Square. Through pictures inside of the Marietta Museum of History, it's evident that Marietta's residents of today are not the first to continue this tradition or walk the vibrant streets and alleyways of this historic square. Changing and progressing with the times, Marietta Square is a favorite of all ages and an absolute must-see around Atlanta. I hope you learned something new and can see the square for yourself soon! 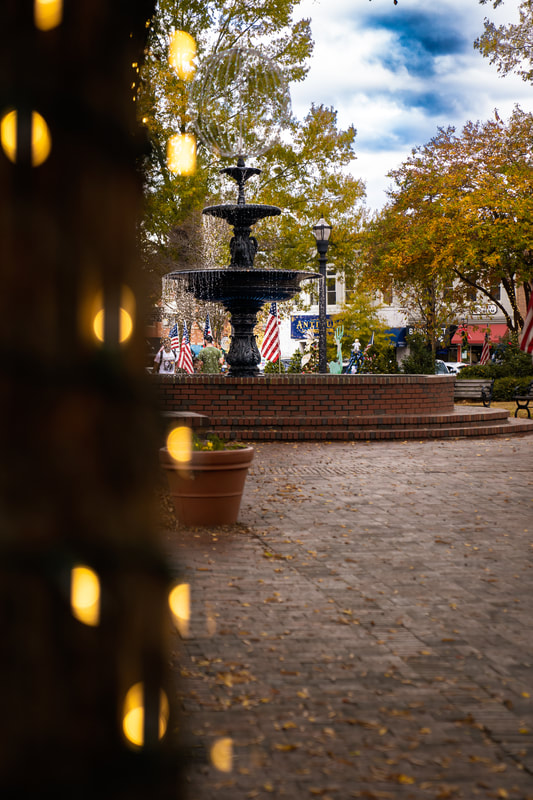